What does using climate change science look like?: A Northern Territory mango industry use case Research providers across universities, the Bureau of Meteorology, CSIRO, state governments and other agencies develop world class climate-related information and data for Australia. The Earth Systems and Climate Change Hub (ESCC) contributes significantly to providing climate science data and information demanded by stakeholders across Australian governments, industries and business, with initiatives such as the ARC Centre of Excellence for Climate Extremes contributing to relevant underpinning fundamental science.

The ESCC Hub also plays a critical role in translating climate change science into user-relevant information. The Hub has been working with a variety of end-users of climate data in Australia to build their understanding of the climate system and future climate as well as to enhance their capacity to use this science to inform risk and impact assessments, policy development and adaptation planning and implementation.

But how exactly does the science support the creation of user-relevant information? Who uses this information, and how? A current example of how climate science and data can be used to inform decision-making is showcased in a case study co-designed and produced by the ESCC Hub, the Northern Territory Department of Primary Industry and Resources and the Northern Territory mango industry. The case study aimed to help the industry identify their climate risks and use relevant climate information and projections to understand these risks and thereby plan for a sustainable and profitable future under a climate which continues to warm.

Mango flowering in the NT is triggered by the arrival of cooler, dry season temperatures. Mango flowering leads to fruit development and determines the timing of fruit harvest. Cool temperatures are the essential climatic factor which determines the fate of growing buds in mango in the NT. Flowering is promoted by low night-time (minimum) temperatures and can be inhibited by high day-time (maximum) temperatures. Changes in maximum and minimum temperatures and the frequency of their occurrence therefore affects flowering and fruit production. Different mango cultivars have different critical temperature thresholds. For the mango cultivars considered by the case study, those critical temperature thresholds were minimum temperatures below 18°C or below 20°C, and maximum temperatures above 32°C  or above 35°C. Average temperatures in northern Australia have already increased by around 1°C since 1910 due to a changing climate. Projections suggest warming of up to around 5°C by the end of the century under a high emissions scenario. So what do these changes mean for mango flowering in the region? And how does the industry use climate data to assess their risks and plan for current and future changes?

How was climate data used in the impact assessment?

ESCC Hub climate experts worked with NT mango experts to determine how flowering thresholds for key mango cultivars in the region could change over time through the combination of both horticulture and climate data and information. This expert team worked together to identify the emission scenarios, thresholds, regions, cultivars and timeframes of interest and relevance to the industry. The appropriate climate information and data required were identified by the expert team, as well as gaps in current information which needed to be filled.

Seven global climate models (GCMs), including the Australian ACCESS1-0 model, were selected from the ~40 CMIP5 GCMs. The selection follows the national Climate Change in Australia climate projections with the subset selected as they provide a representative sample of the range of projected climate change for Australia and have a high skill score for simulating the historical climate  (CSIRO and BoM, 2015). Simulated climate changes from these seven GCMs were used in the impact assessment to look at the projected number of days per month that are under minimum threshold temperatures (18°C, 20°C) and over maximum threshold temperatures (32°C, 35°C) for May, June, July, and August – the months when flower initiation currently occurs.

Projections considered two future scenarios: a moderate emissions scenario (RCP4.5) and a high emissions scenario (RCP8.5), for four 30-year time periods. For convenience, the time periods are referred to by their central year: 2030 (2016–2045) is relevant to the current planting; 2050 (2036–2065) is relevant for the next planting; and 2070 (2056–2085) and 2090 (2075–2104) are both relevant to mango cultivar breeding programs. Projections were calculated relative to a historical climate baseline period (1981–2010). See Section 3.2, page 19 of the case study final report for more details on the methodology used in the assessment. For this assessment, 11 mango growing regions were selected (see figure below) which represent areas of greatest orchard density throughout the Northern Territory. One additional region from Western Australia (Kununurra) was also included in the assessment, as its climate is representative of central Northern Territory. Six mango cultivars were considered: Kensington Pride, Calypso®, Honey Gold and three cultivars from the National Mango Breeding Program (a partnership between the Northern Territory, Western Australia, Queensland and CSIRO).

What did the impact assessment find?

The assessment showed that the average number of days per month below 18°C and 20°C is decreasing, while the average number of days per month above 32°C and 35°C is increasing for all the regions studied. This will lead to a decline in conditions suitable for triggering flowering. However, the decline is not the same across all growing regions, with the Darwin region identified as the most vulnerable to a changing climate. Using climate projections and temperature thresholds information and expert knowledge of mango flowering and production, the project team was able to identify the mango cultivars more and less vulnerable to climate change for each region, noting that if greenhouse gas emissions continue to rise, all cultivars studied will be vulnerable by the end of the century.

What difference will this assessment make?

As noted by scientist Maddison Clonan from the NT Department of Primary Industry and Resources, “Understanding these potential impacts now gives growers and the industry information to work with and time to act”.

The industry is now considering on-farm adaptation measures that may be necessary to maintain the sustainability of mango production in the Northern Territory. Future ‘climate-smart’ mango farming in the Territory could include measures such as canopy management, transitioning to different or newly identified ‘climate resilient’ cultivars, relocating orchards, and orchard cooling. This climate risk information will also be used by the industry to inform education and extension programs and initiatives to raise awareness of the importance of considering the impacts of climate change on the industry’s operations into the future.

More information about the mango flowering impact assessment, including the case study final report and regional factsheets, is available on the ESCC Hub website. 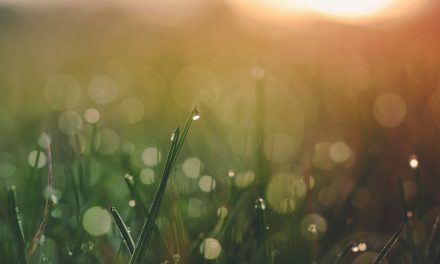 PhD Opportunity: Unravelling the role of lags and legacies in explaining the response of grasslands to elevated CO2